Recently it was an absolute thrill for the Churchmen to have their show aired on the popular music show, "Gospel Music Showcase", on Daystar network. GMS is hosted by one of the most talented people in Gospel music today, Guy Penrod. Daystar TV is such an influence in sharing the Gospel around the globe that it is a great honor to be a small part in that ministry. Keith Clark says "Daystar is such a world class organization and they treated us so well. It is a highlight of our music career to be on GMS. What a great opportunity for us". Thanks to Daystar, especially Leann Brazier for flying us to Dallas and for the "star" treatment! Click this picture to check out The Churchmen on Daystar TV. You will need to Join (Free, no charge) in order to watch the show. 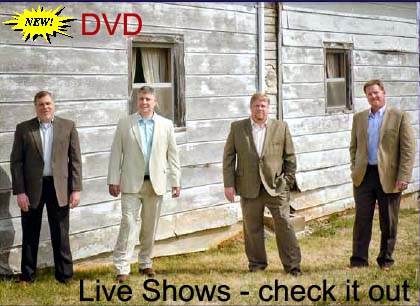 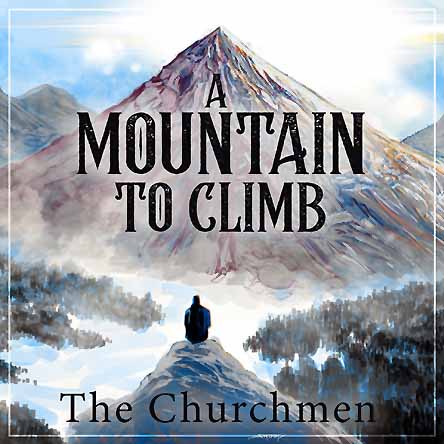 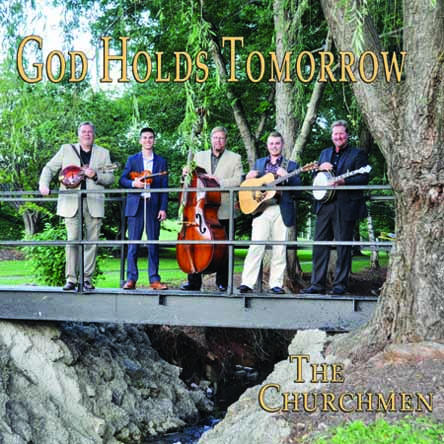 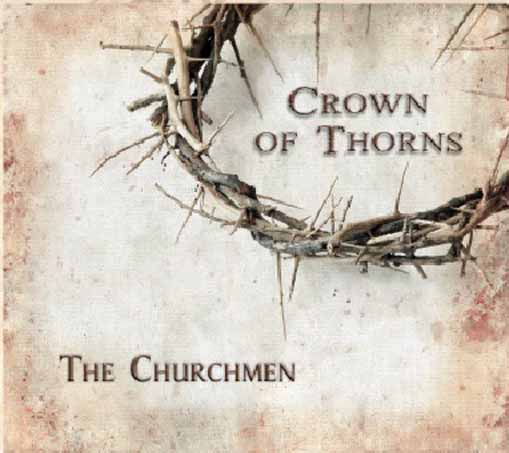 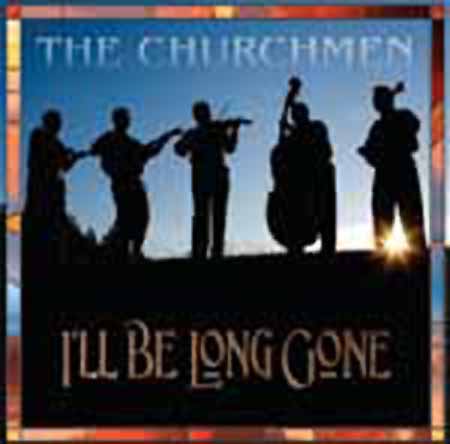 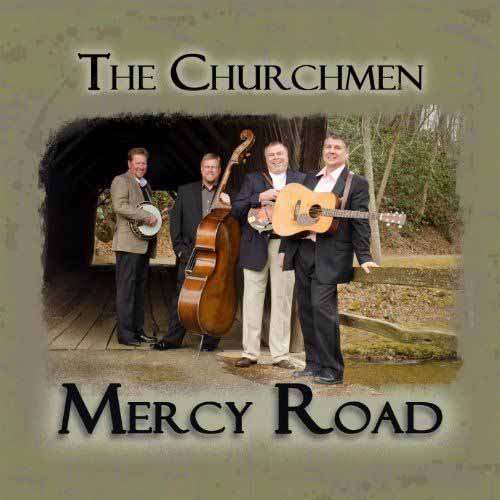 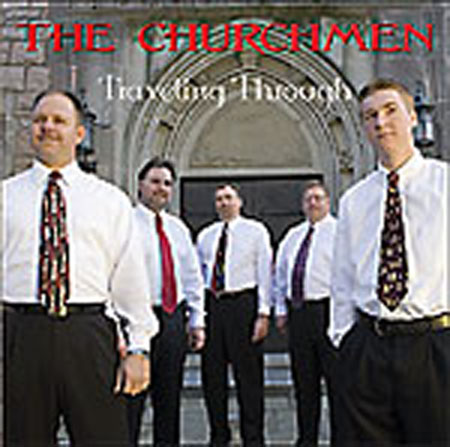 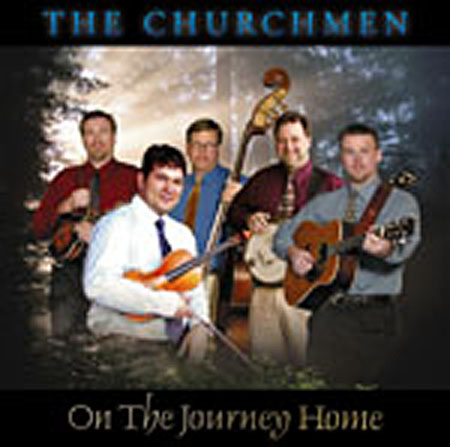 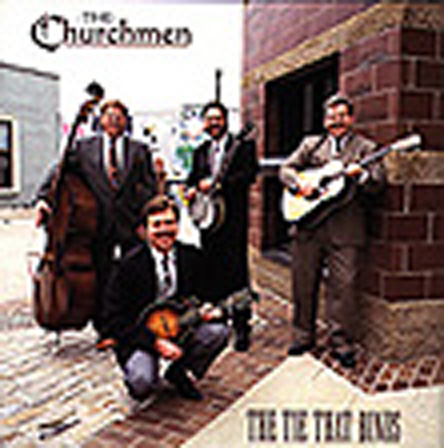 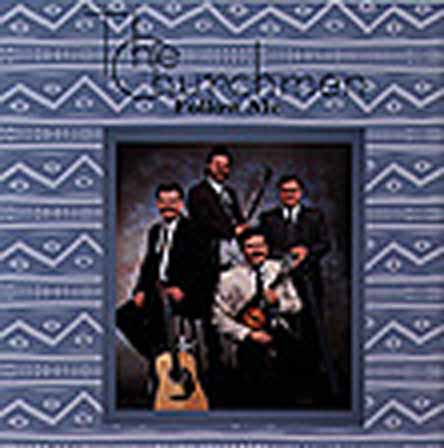 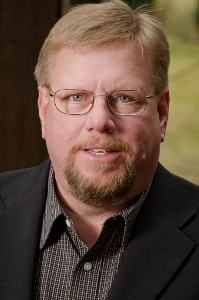 Born in Martinsville, Virginia and was raised in Fieldale, VA. His father taught him how to play guitar. "I can still picture how I used to sit on his knee and strum while he made the chords." Keith started playing the bass at age twelve and played the drums during high school, and he still enjoys playing. After working in some family bands, Keith gave his heart to the Lord when he was 17.

Keith played with The Mill Creek Trio before being able to get back to his real love, bluegrass music, when they started the Churchmen in 1989. "It's a real blessing to be able to adapt the kind of music that you love to share the gospel. I love how bluegrass can be so different. I love hard driving songs with a lot of banjo, and I love slow ballads with a lot of fiddle and Dobro. Bluegrass is so simple in some ways, but it can be played with so much complexity. I love acoustic music because it's so down to earth, and it's the way that music should be."

Keith resides in Collinsville, VA with his wife Sharon and his personal goals revolve around his family and church. "I love my family more than anything. I love to fish and play golf and I am very active in my church. We are grand-parents now and our world evolves around my daughter, Ashley, Son-in-law, John, and grandson, Brentley. Having a great bunch of guys to play music and spread the Gospel for 30+ years is an amazing blessing. We love the Lord and try to serve Him by telling everyone the good news of the Gospel in music". 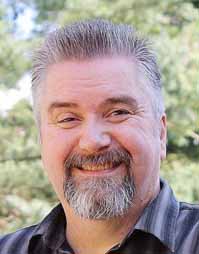 born in Mt Airy NC and raised in Cana, Va. He grew up with a family of musicians and singers making it easy to get the "pickin bug." Early on he sang with his mother Mary and brother Tony at church. By the age of 15, he found himself wanting to learn how to play an instrument. Influenced by his father Donald and uncles Odell and Perry, he picked up the mandolin and started learning everything from Bill Monroe to David Grisman and Ricky Skaggs. Throughout his career, Greg has played with several bands, recorded projects, won competitions, played various venues and even joined as baritone for the late Johnny Cash one night at a show. Greg was one of the founders of the group Rich In Tradition in 2006. In 2016 Greg joined the Amanda Cook Band and played into the early part of 2018. He lives in Mt. Airy, NC with his wife Shannon. They have 3 children: Katie, Dan and Emily. 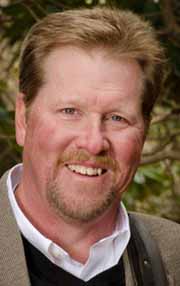 Born in Danville, VA and raised in Dry Fork, VA in rural Pittsylvania County. Carroll played previously with lots of great bands and musicians including Southern Freight Station, Virginia Sonrize, The Church Sisters, The Rivercity Band, and on occasion with Johnny and Jeanette Williams. Carroll is a very talented songwriter. Carroll has penned several songs that The Churchmen have recorded in the past, and he already has plans to record several more with the band. In addition to being a great song writer, Carroll is also very versatile musician and singer. He plays banjo, fiddle, and guitar on Churchmen sets and he can sing all four vocal parts.Carroll is a wonderful Christian man and exemplifies what a Gospel musician should be. He is a leader and musician at his local church.Carroll resides in Danville, VA with his lovely wife of over 30 years, Bet. She too was raised in church being a Pastor's child. She is a very talented musician as well playing the piano for the church. The couple has 2 lovely daughters, Brittany and Amanda. They also have 2 grandsons as well, Levi and Leland.

Carroll says "God has blessed my life far beyond what I'm worthy of, and I believe He has placed me where I can best serve Him. Thanks to The Churchmen for their patience and confidence in me, and I ask all of the fans to continue to pray for our ministry. I am excited about where God is leading us". 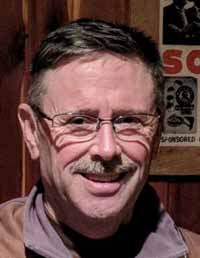 Jay Adams comes to the group from Eden, NC. Jay Adams Growing up, my first exposure to bluegrass was Flatt and Scruggs. Of course, Earl’s banjo was what did it for me. Lester and Earl made many appearances in our area and there were a few fans in my family so I heard quite a bit of their music.
I’ve known Keith almost since the beginning of the Churchmen so we have been friends for many years. Carroll Arnn is a great guy and we have become good friends through my doing some work on his banjo.
The gospel has always been a major part of my music. Combined with that and the geographic aspect, we all live within an hour of each other, it just seems like God put it together. We’ll just wait and see what he has in store.
Married Teresa Adkins Adams, 2 daughters, Ellie and Katie, 2 grandchildren, Tucker and Cali 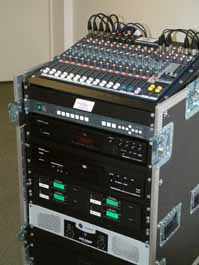 SOUNDing Great with Jerry Haga our sound man extraordinaire. We are so blessed to have him taking care of business for the band at all of our concerts. We have been blessed to able to recently get into the digital sound reproduction world by purchasing a PreSonus digital board, and Jerry has that thing dialed in just right. Also now Jerry runs the sound with an iPad! Wow what technology has done. Jerry has also upgraded our speakers and that too has been a big help. Audiences are pleased with Jerry's great work, and we are as well, being blessed by his talents and also with his contagious personality. He is an excellent musician in his own right and plays all woodwind instruments, specializing on the Saxophone. He started playing professionally in 1970 and took on a dual roll in 1973 to become Sax player and sound technician. Jerry played full time from '73 until '77. Jerry re-dedicated his life to The Lord over 20 years ago, and now plays primarily in church and uses his talents with The Churchmen. Jerry is a great example of a Christian person, working diligently with his home church and also providing meals for church functions and feeding shut-in members on Wednesdays on a regular basis.

Get in Touch with The Churchmen

The Churchmen are currently accepting requests for 2021 - 2022 performance dates.